I started the year full of hope and motivation to launch an online business and solopreneurship. At the time, I was going through getting Chokinbako for iOS approved by Apple, which required many back and forth due to some gaps in the documentation and some non-intuitive UI in the submission form.

After running a few Apple Ads campaigns and not getting anybody to install the application, I started to despair. This was when I started a Product Management course at Stanford Continuing and read about lean startup.

I read a few books about it and would highly recommend The Lean Startup: How Today’s Entrepreneurs Use Continuous Innovation to Create Radically Successful Businesses by Eric Ries. 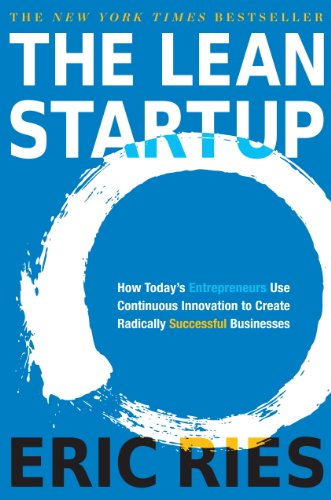 At that point, I decided to run a survey to see if budgeting was a vitamin or pain killer and, in hindsight, decided to read into the results.

I embarked on starting fresh and worked on InstaBudget.

I got to an MVP fairly quickly and took a completely different approach from Chokinbako by using Plaid for importing transactions.

I then again struggled to find beta testers. Looking back, the lean startup process would recommend to talk to potential customers and start on the MVP once you have identified a real painkiller and thus already have potential customers before writing a line of code.

While working on InstaBudget for iOS, I built a homegrown analytics solution as I didn’t want to send any data to some random large company.

Once again, as if I still hadn’t learned, I posted about it once and got no traction whatsoever.

At that point, I am also working on a survey and forms project Formsaurus, which I have yet to finish and launch properly.

I eventually stop working on Formsaurus before launching it to focus on another application to solve my partner’s problem.

It turns out that Stripe does not offer an access control list mechanism for their dashboard, and thus a business has to give full access to the dashboard for its employees to generate invoices.

I embark then on building a simple application called Femtobill (start seeing a naming theme here?) to generate invoices for businesses with a Stripe account.

Currently, I am working on a Shopify Application, still with the same hope of getting something that will stick.

It gave me great hope that if I were to focus on one product only and push for it, I might be better suited than going all over the place.

So the focus for the beginning of the new year will be to learn more about marketing and going back to the root and focus on Chokinbako.

I wanted to relay my experience with using Beta List to announce the beta of InstaBudget, a budgeting and expense tracker application. After working on it for a couple of months, I figured it was time to gather some feedback and explore acquisition channels before investing more development time.

After doing some light research on Indie Hackers, I decided to give betalist.com a try. I did not want to wait for a month or more to get approved, so I even decided to pay the $129.00 for quick approval.

After I submitted my listing, it only took a few hours before they approved my landing page. The landing page was featured the next day.

The listing was reviewed on 2020/06/17, thus the one unique visitor. The listing was featured on the 18th and quickly fell off the top list which shows in the dropping number of visits.

The overall conversion rate ends up being 12.3%. I’m sure this is on the lower end and could have been improved with some improvements to the landing page, but I am quite satisfied with this first attempt. In the US alone the conversion rate is higher at 16.6%.

The cost of acquisition is then $6.79 per signup, which obviously is high when there is no revenue yet, but might seem reasonable depending on the type of business one is going after.

Now onto the more interesting part of the experiment. The application is currently only in English and I have hardcoded the currency to USD, so I wanted to limit the beta to the US only for now. Out of the 19 signups, 9 ended up being the US.

The really disappointing part of all this is that out of the 4 people, all of them started the application and did nothing within the application, which means this entire effort yielded 0 beta testers.

The overall funnel in the US ends up looking like this:

I do send a follow-up survey 3 days after people are invited to the beta and have had 0 responses so far.